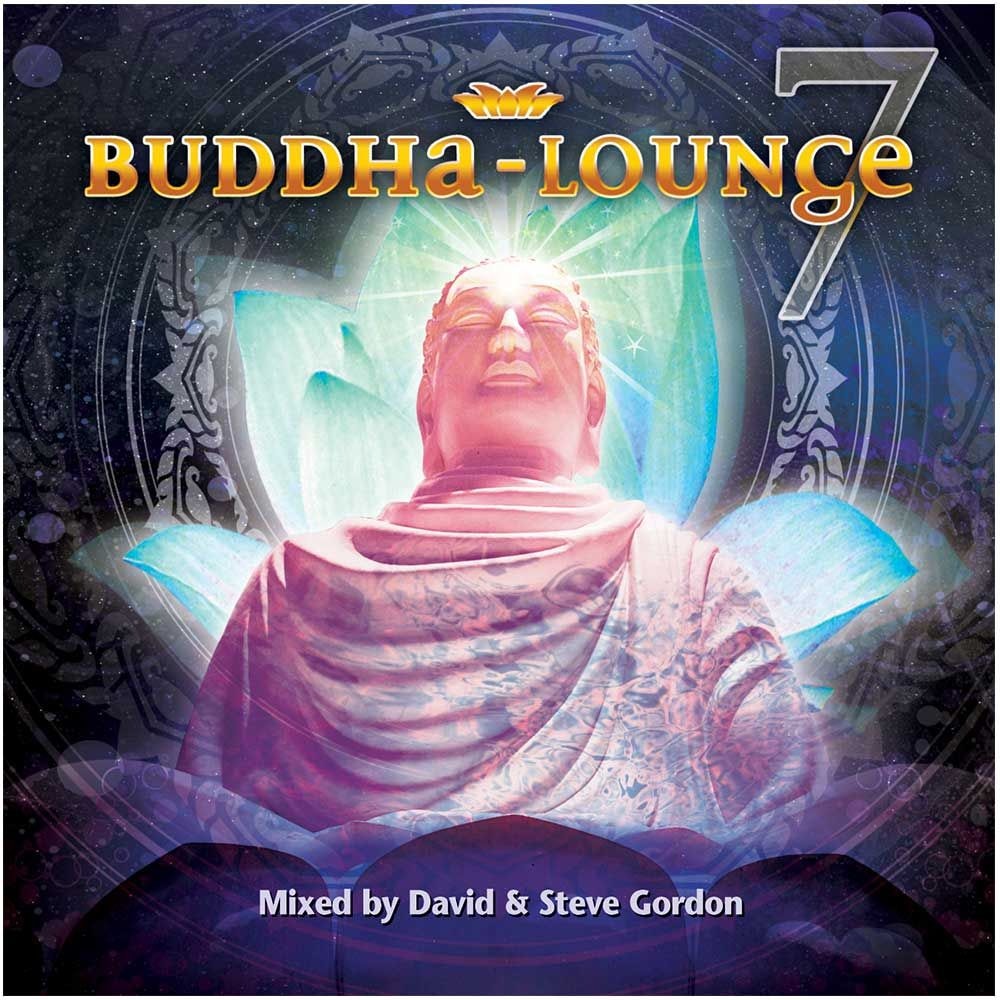 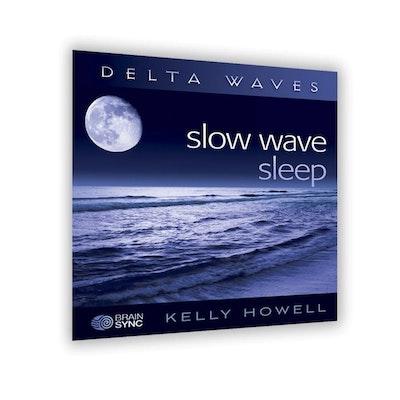 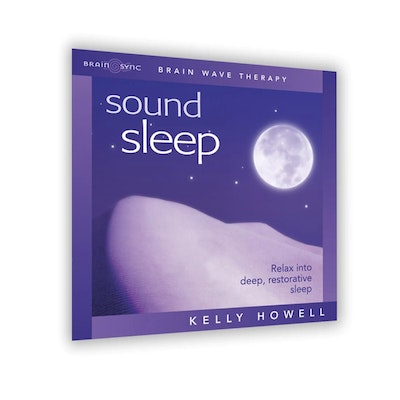 $29.95
4
4 Reviews
Sound Sleep Relaxation CD
As you release and let go, you’ll slowly start to swirl and drift into a state of deep contentment for a peaceful and refreshing night’s sleep.
More info Quick Add

Discover the acclaimed spot to chill out. Unwind with the newest sounds this from the wildly popular European down tempo music series featuring the most outstanding chill out electronica tracks from the world over. Award-winning DJs the Gordon Brothers have once again re-established themselves as lounge music visionaries with their unique song picks and impeccable mixing. Experience the finest in world-class electronic music relaxation with this impossibly cool set of global trip hop grooves, sensual vocals world music flavors and hypnotic electronica. This latest set of hand picked electronic music tracks includes favorite artists Achillea, Jens Gad, TYA, Artemisia, David & Steve Gordon, Jaya Lakshmi, Opera to Relax, Paul Heinerman, Helene Horlyck and Lodestone Resonator. Look no farther, because Buddha-Lounge is the renowned soundtrack for parties, intimate encounters, late night conversation, urban yoga and just relaxing at home. Escape into the elegant sensual vibe, get in the mood and enjoy!

What is This (Helene Horlyck)

New Age Retailer
The Gordon Brothers keep getting better with their Buddha-Lounge series. The seventh entry in the line-up may just be the best one yet, presenting a wide variety of rhythmic ambient, chill-out, lounge, and world fusion offerings, guaranteed to induce foot tapping, chair dancing, and head bobbing in listeners seeking beat-infused contemporary electronica with a global twist. Best bets (although all 12 tracks are recommendable) include the sunny Ibiza-flavored "Buddha Nova," and the sexy Enigma-esque "The Green Hour." Some cuts feature vocals while others are instrumental, so there's truly something for everyone on
Buddha-Lounge 7.
— Bill Binkelman

Music Design In Review
Sequoia Groove's BUDDHA LOUNGE series is back, and along with it an exciting blend of funky tunes drenched in the silky smoothness of European lounge music. Opening with Achillea's seductive "Vivir," featuring Jens Gad's swirling ambience dancing around Luisa Fernandez's sultry Spanish vocals, the Gordon Brothers launch the listener on a breathtaking trek through a dozen mixed songs that all fall in the mid-to-uptempo range. The "Dance Mix" of Jaya Lakshmi's "Radhe" pairs her lush chant with a heavy, pulsating baseline - a sure crowd-pleaser. Then there are the lush, atmospheric pieces like David & Steve Gordon's "Cobalt Transport" and Opera To Relax's "Sun Child," which are heavy in mood and perfect for kicking back with a martini. Further filling out the roster are songs by Artemesia, TYA, Paul Heinerman and others. A great addition to the popular and high selling series!

NewAgeMusic.nu
The 7th edition of Sequoia Records' popular Buddha Lounge series is now available. No Buddha Lounge is complete without the Gordon Brothers, and on this album they have contributed with three tracks, Champaign Currents, Rain In The Sun and Cobalt Transport. The collection opens with Jens Gad/Achillea's Vivir and is followed by Tya's Lizard.

Another notable track is Paul Heinerman's masterful Chimengu, which has become a modern classic in the new age music genre. It is one of the most beloved songs on online radio channels, and is a pillar in Paul Heinerman's already impressive discography.

So yes, the 7th installment in the Buddha Lounge series is very welcome indeed!
— BT Fasmer

New Age Music World
Budda-Lounge 7 is the seventh release and a compilation album from their celebrated Chill Out Electronica series, and a great choice for those pursuing exceptional Chill Out music that also happens to be widely popular these days.

This Sequoia Records album enlists an extensive array of 9 hand selected global talents sporting their individual interpretations of Electronic Chill Out, Groove and Lounge, with David and Steve taking a role on 3 originals of the 12 songs which presents over an hour of first class music.

Buddha Nova, Secret Lotus & Cobalt Transport are the 3 songs from David and Steve, and it is always a challenge to pick just one favorite, but lively percussion enhanced Buddha Nova with a light tonal keyboard melody did make an impression on me.

The progressive feel of Secret Lotus and mesmerizing percussion enhanced Cobalt Transport are first class too and you will find my favorite pick is simply a matter of personal taste.

Buddha-Lounge 7 is just one in the edition series in an even more expansive 16 Chill Out / Groove compilation albums from the production and mixing team of DJ brothers who showcase an abundance of global music talents you will recognize in addition to their individual album arrangements, making your search for fine music so much easier.
— John P. Olsen

Daily OM
When creating multifunctional music like the Buddha-Lounge series, the trick is to never go too crazy or play it too safe, and instead create music that can be ignored as aural wallpaper. This adds to or enhances your concentration no matter what you're doing by keeping your brain waves balanced and not allowing your thoughts to spiral into overdrive and create panic or stress. Brothers David and Steve Gordon have been making music like this for a while, and this entry in the Buddha-Lounge series, number lucky seven, has an impish sense of life and grace, whether it's running casual and laid-back over instrumental, flute-based tracks or surging on eddying currents of city lights and full moons in the vocal midsection. Featured guest musicians and vocalists include Jaya Lakshmi, Helene Horlyck, Jens Gad Presents, Tya, Artemisia, and Lodestone Resonator, among others.

Helene Horlyck sings on the haunting "What Is This," lending operatic-pop moodiness while singing, "Why can't you see why we cannot be free / What is this now? / I am lost / I am down?" over thick warming beats and synths. "Sun Child" is a bouncy, little electronic piece that mixes whispering, a Tropicalia chorus, French female vocals, and a sprightly beat that flirts around the volcano mouth of trippy dub. "Lizard," another highlight, creates a whirling exotic tunnel of beauty with Tya's beautiful vocals cascading down slopes of tabla, flute, and ambient samples, building until it takes on a cathedral-like majesty.

With an attention span focused on the slow-burn rise and fall of a yoga session, the Buddha-Lounge 7 stream of consciousness is rich and soulful, leading to an exciting climax of movement and spirituality that drifts down into perfect calmness, making it an ideal CD for everything from late-night parties to studying or meditation. In their breadth, elasticity, and global community free-spiritedness, the brothers Gordon make Buddha-Lounge 7 a most happening and enjoyable place to chill. Bring a pillow, take your shoes off at the door, and sprawl out anywhere.

Steve Ryals — Nationally Syndicated Music Columnist
Sequoia Groove was created in 2002 as an offshoot of the venerable Sequoia Records, to present some of the finest world music grooves available anywhere. This genre is called Downtempo Electronica, and features a unique sound that got its start in the "chill" rooms of European dance clubs. Chill is relative, of course — while there are hypnotic rhythms and juicy percussion, the music is still relaxing and mellow compared to the frenetic, high-octane beats on the main dance floor. For me, listening to Downtempo Electronica feels like a day spent in a lavish spa. Just putting on Buddha Lounge 7, the latest installment in the terrific Buddha Lounge series, makes me take a deep breath and, well, chill.

Even though Buddha Lounge 7 is a compilation, the Gordon brothers were not content with just repurposing existing tracks. Fully a third of the CD is unreleased material, including the stellar "The Green Hour (Dream Vocal Mix)" by Artemisia. Ethereal vocals, layered synths and a sweet percussive groove highlight this wonder-filled track. David and Steve Gordon's "Secret Lotus" is another previously unreleased song. Sensual grooves drive sonorous keyboards while vocals hint at the sounds of bustling souks (markets) in an oasis sheltered from the harsh desert sun. Other artists featured on Buddha Lounge 7 include Jaya Lakshmi with a dance version of "Radhe Shymasundari" and Jens Gad (the guitarist from Enigma) with the seductive "Glass Palace" off his Le Spa Sonique, which I have previously reviewed.

With over an hour of fabulous music, Buddha Lounge 7 is a wonderful addition to the Buddha Lounge series. For those new to this exciting genre of music, just know that the entire series is an amazing introduction to sounds often drowned out by the largely banal pop music culture; be sure to make a point of checking out the fresh sounds of Buddha Lounge 7

Write Your Own Review for Buddha Lounge 7 CD
x927cd

What are customers saying?